My tour ended on day four in Roby, Texas, a dusty little west Texas town about thirty miles north of Sweetwater. Saddle sores and associated problems got the best of me. I will say that I learned a lot about touring from these few days on the road, such as; whats needed and what’s useless extra weight, how much water I need over certain distances and conditions, what foods will provide the energy I need to get me through the day.

I didn’t update my blog after day one because I either didn’t have internet access or after arriving at my destination and completing my chores, I fell sound asleep. Here is a recap of day 2 through 4.

58 miles from Mineral Wells to Breckenridge

I opted to pay for a screened shelter at Lake Mineral Wells State Park, I’m glad I did. A cold front blew in around 11:30 PM on day 1 and wreaked havoc. I heard branches creaking and cracking all over as the winds blasted through the park. Several of the screened windows in my shelter were covered by thick plastic sheeting-the sheeting was blown out on the initial assault. The temperature dropped quickly and I was forced to dig out my cold weather gear. I was really pleased with performance of my Klymit sleeping pad and Sierra Designs Backcountry Quilt. I stayed warm and comfortable-the temperature was around forty-five degrees.

First lesson learned-repack your gear immediately after use. It took me way too long to pack up and get on the road that morning. I rode the trailway to the west side of Mineral Wells and then began my ride on U.S. 180 headed west. The shoulder on U.S 180 in Parker and Palo Pinto counties was wide, smooth and well maintained. The hills west of the Brazos River were long and tough but the scenery was excellent! I stopped for a burger at Red’s Grocery,Gas, and Grill, and continued westward. I dealt with a strong steady crosswind from the north on the open stretches of road where there were no trees or hills to protect me. Soon after passing Tx 16 I realized that I was running low on water. There are no convenience stores and very few houses between Palo Pinto, and Breckenridge, Texas. I started to get a little concerned. I was carrying a water purifier but the only water I saw were the small pools adjacent to the roadside culverts. No telling what has washed off of the roadway into these puddles. Filtering this water would be my last resort. I limped into Breckenridge at sunset, exhausted and dealing with some serious saddle induced pain. I heeded my wife’s suggestion and rented a room at a motel on the west side of town. You want to know how to attract the attention of every half inebriated oilfield worker partying in a motel parking lot? Roll a loaded touring bike up to your motel room door. They all came running. A few of them had seen me out on the road. After answering dozens of questions and refusing invites to hang out and get drunk, I guided my bike into the room and took a much needed shower. I was completely wasted and dealing with saddle sores and serious doubts. I turned off the lights and passed out. 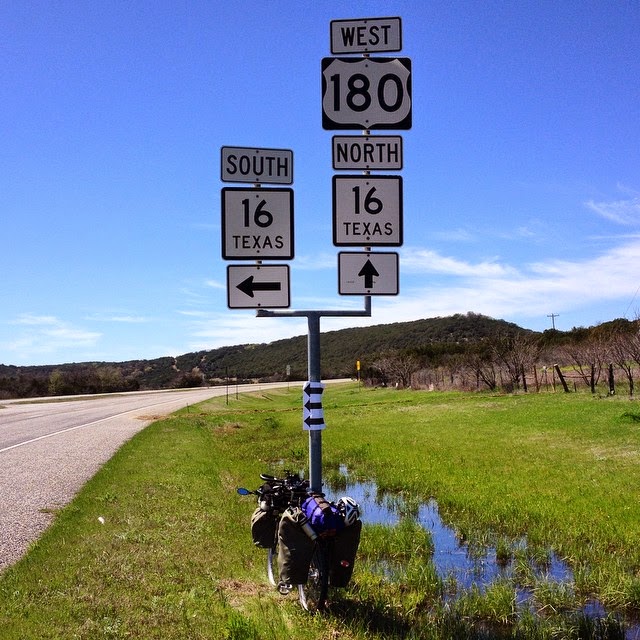 60 miles from Breckenridge to Anson, Texas

It’s amazing what a shower and a good night’s sleep will do for your mind and body. I enjoyed a quick breakfast consisting of peanut butter and honey and made my way west. I had applied some diaper rash ointment to my underside earlier that morning and it seemed to be working wonders on saddle sores. The ride from Breckenridge to Albany was uneventful (thankfully). I arrived in Albany around lunch time. I like Albany, it’s an interesting small town full of cowboys, artists, and art lovers. I stopped for lunch at The Icehouse on the town square north of the courthouse and then walked my bike across the street to the Old Jail Art Center. This art museum is a true hidden gem, with works by Picasso, Renoir, Calder and Modigliani as well as artifacts from the Ming dynasty and Pre-Columbian art. I spent some time browsing around the museum before heading to the closest convenience store where I filled two two liter Dromedary bags with water. I wasn’t sure I was going to make it all the way to Anson and I wanted to have plenty of water available in case I had to stealth camp along the highway. The climb out of Albany was brutal but it wasn’t anything compared to the second climb of the day. This climb sucked the life out of me. I stopped at a picnic area just over the crest of the hill and layed down on a table and closed my eyes for about fifteen minutes. There was one more difficult climb to deal with before the road leveled off more or less. Sometime during the last thirty miles to Anson I caught a tailwind and picked my speed up considerably. I rolled into Anson just as the sun was setting. I rented a room at motel/ RV park on the west side of town and settled down for the night. I had saddle pain but it wasn’t nearly as bad as the day before. I actually felt pretty good and thought I’d actually be able to make it all the way to San Diego. 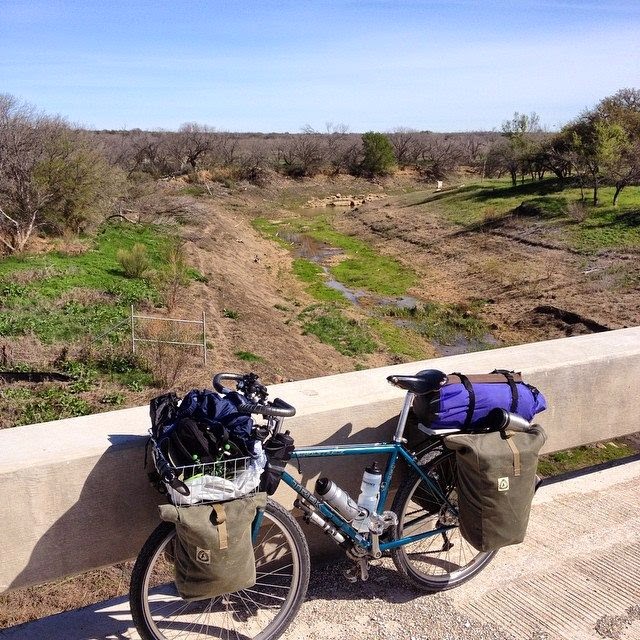 Ranchers meeting for lunch at The Icehouse in Albany 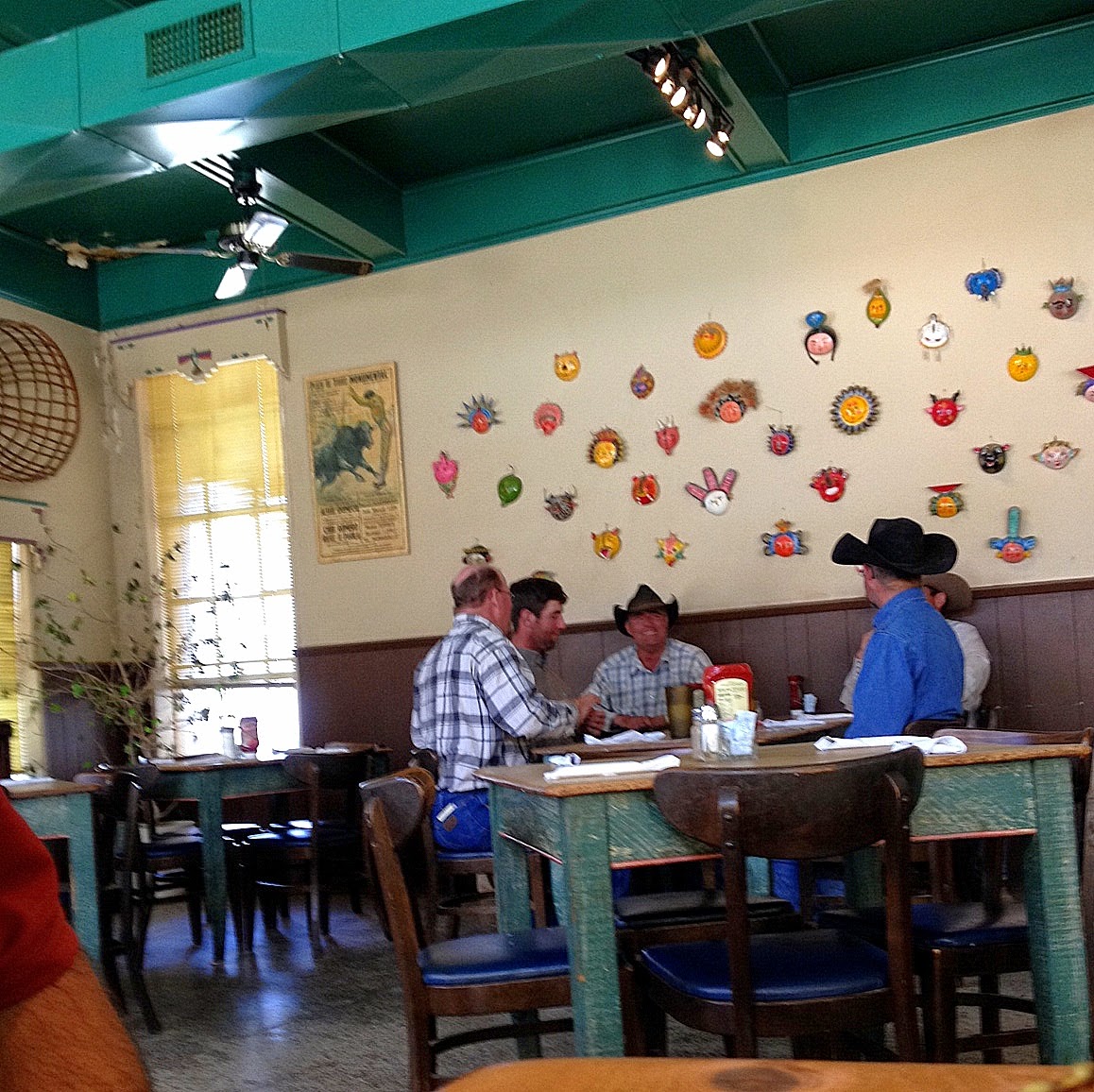 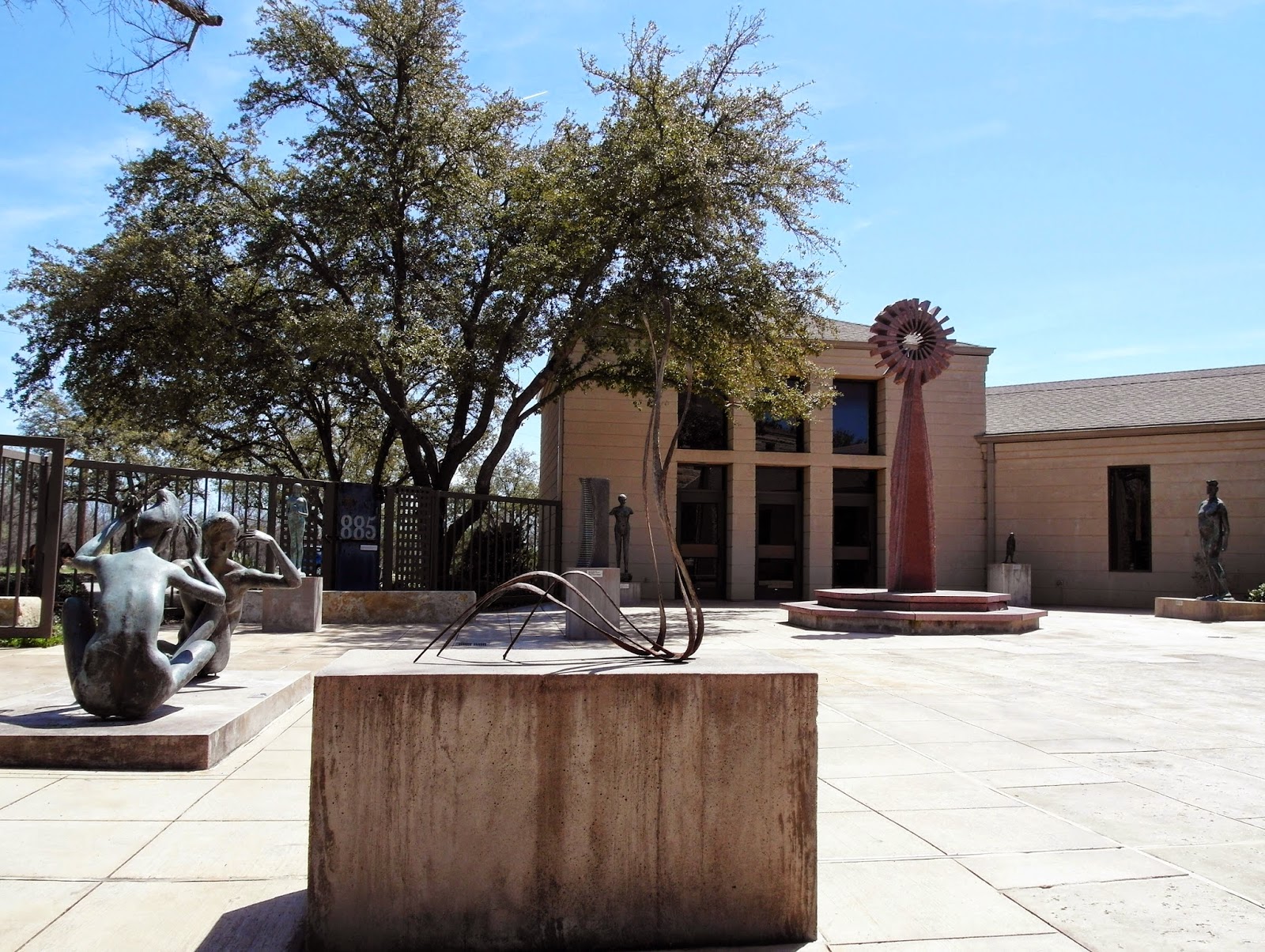 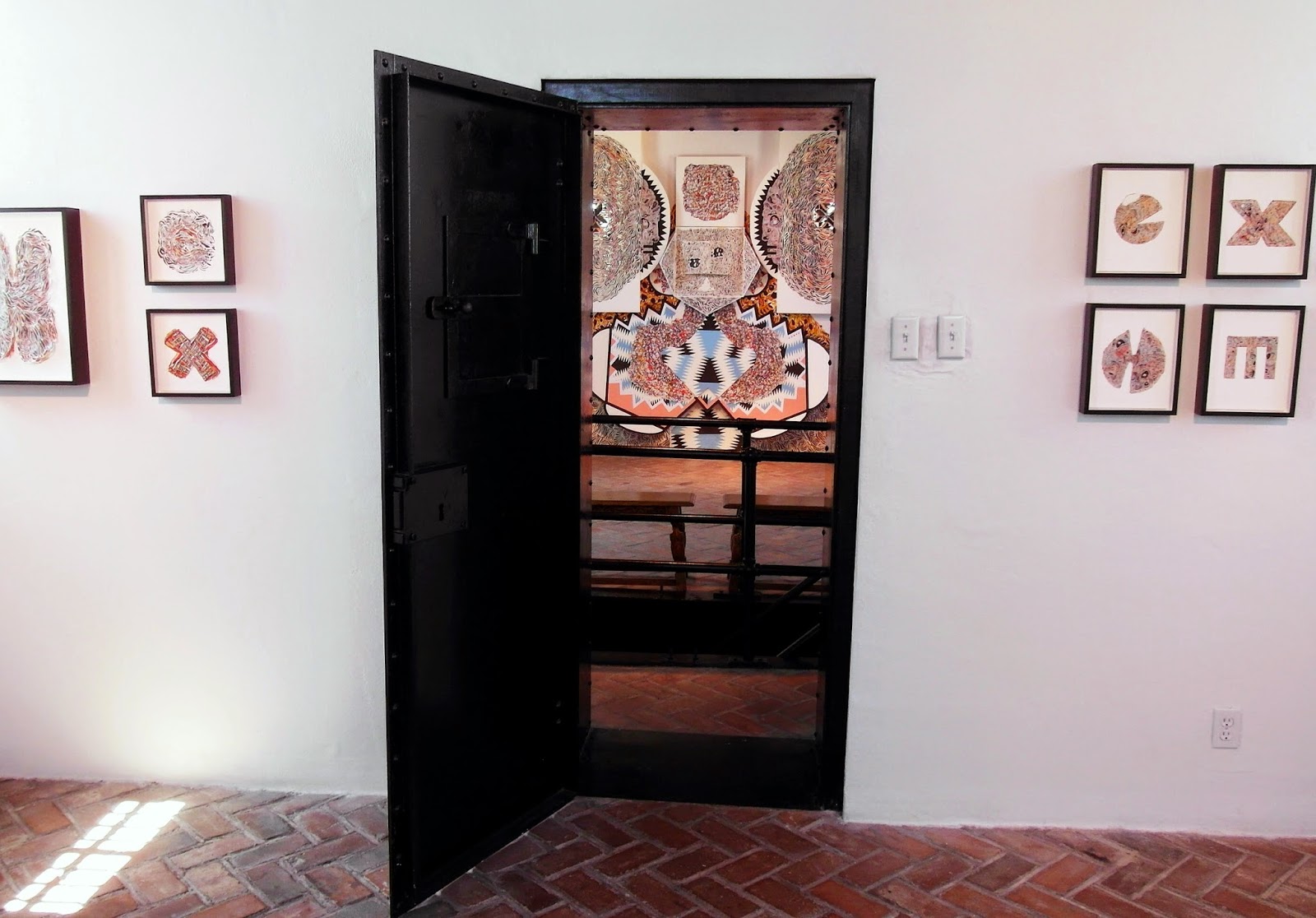 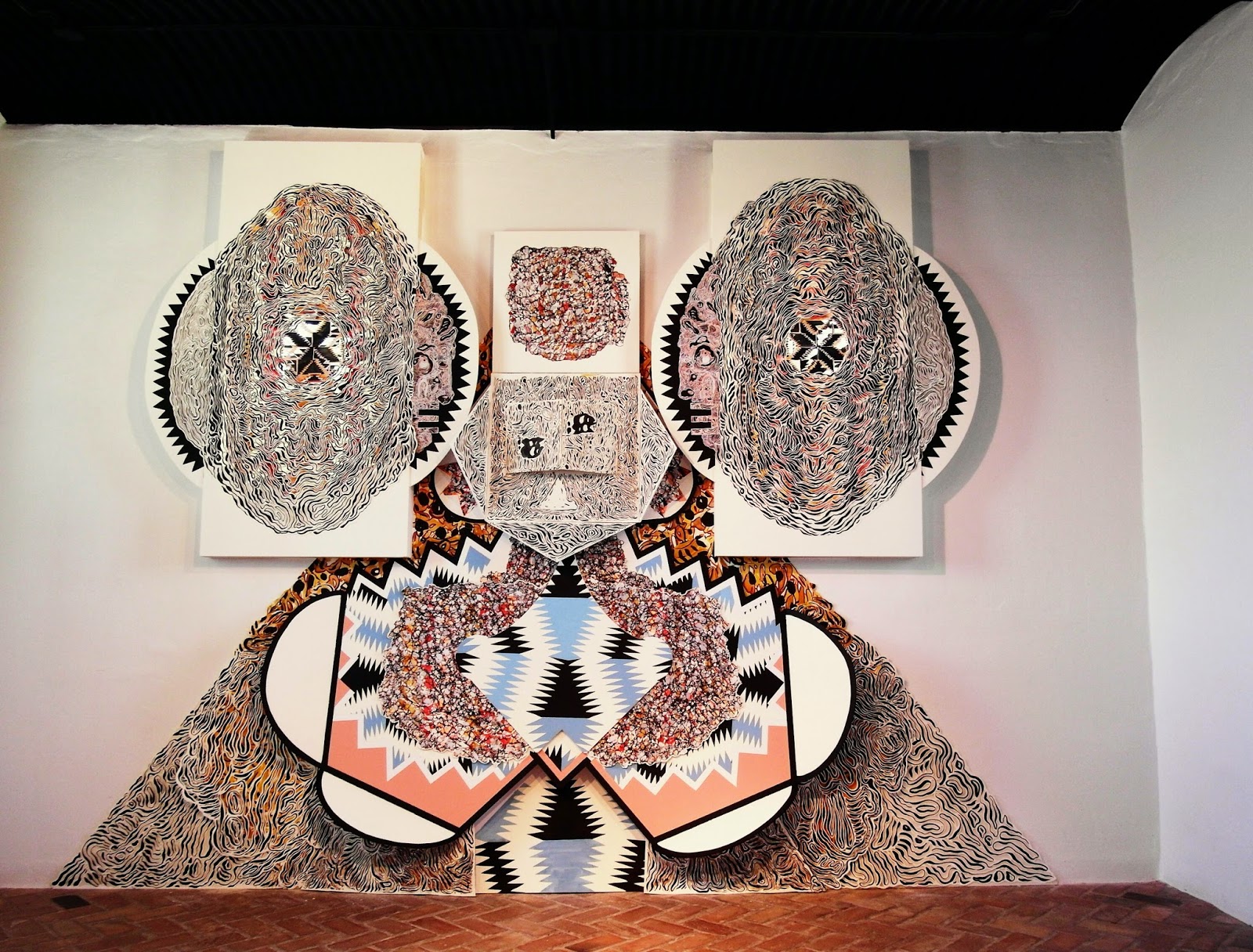 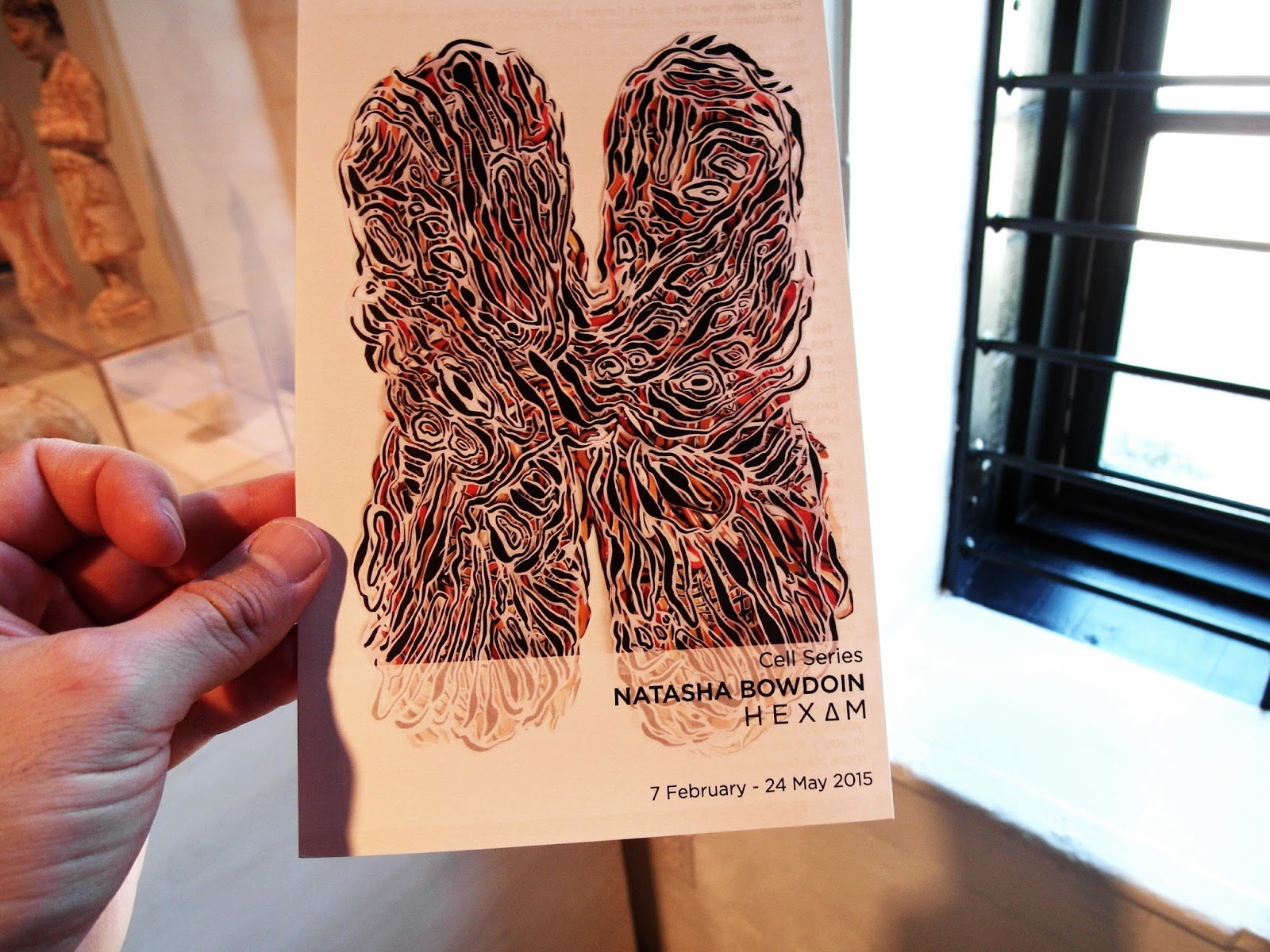 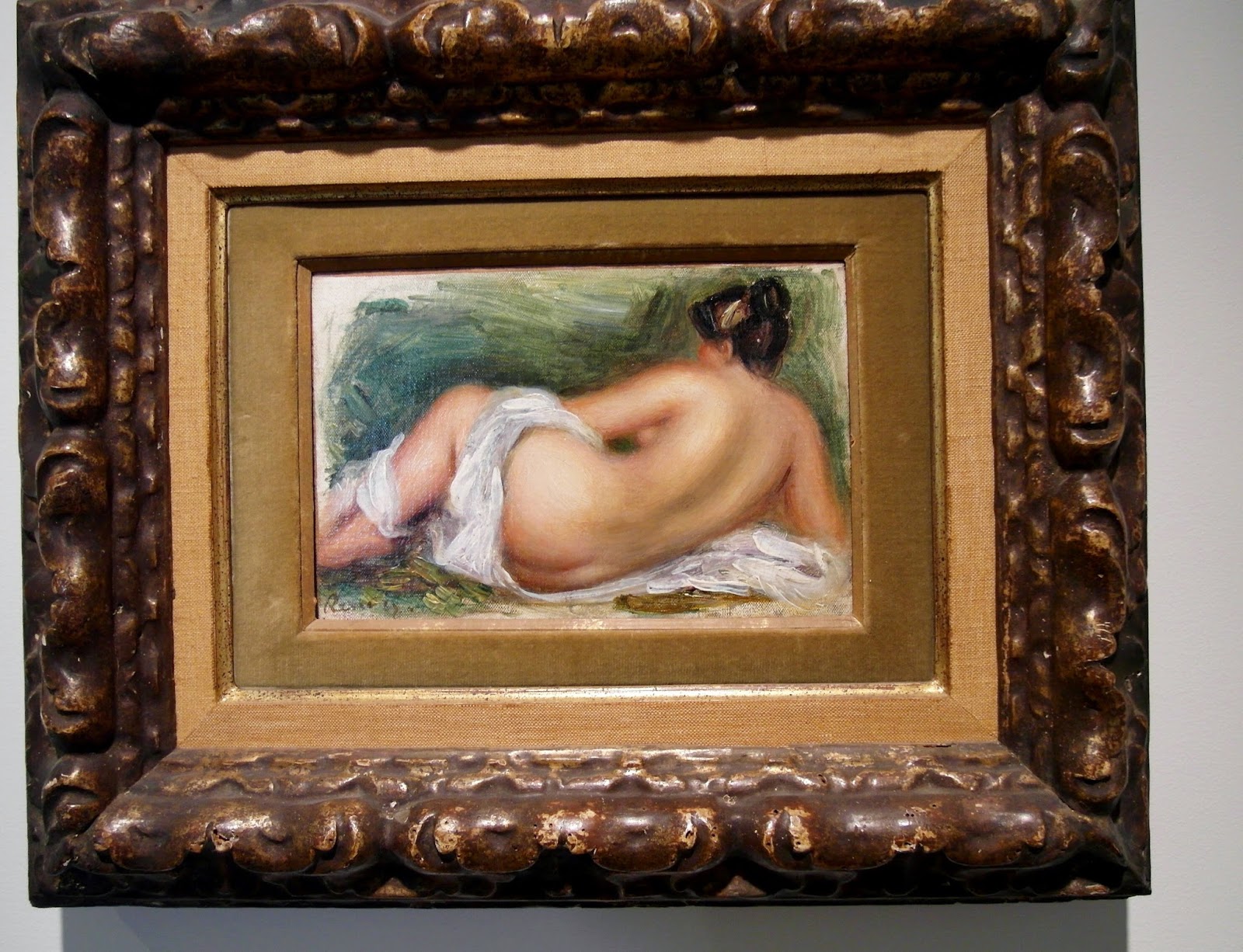 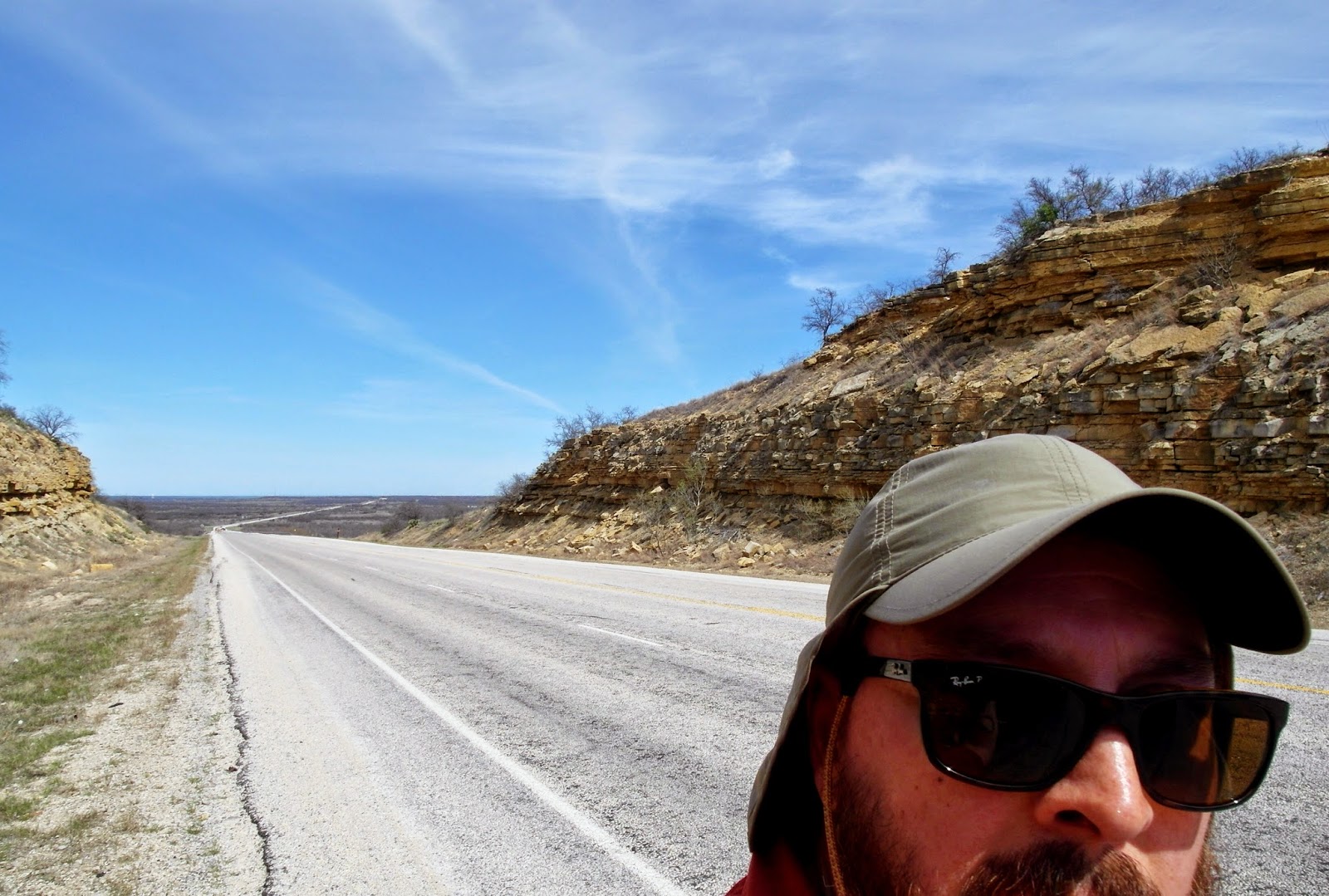 Me frolicking in the spring flowers after climbing the killer hill 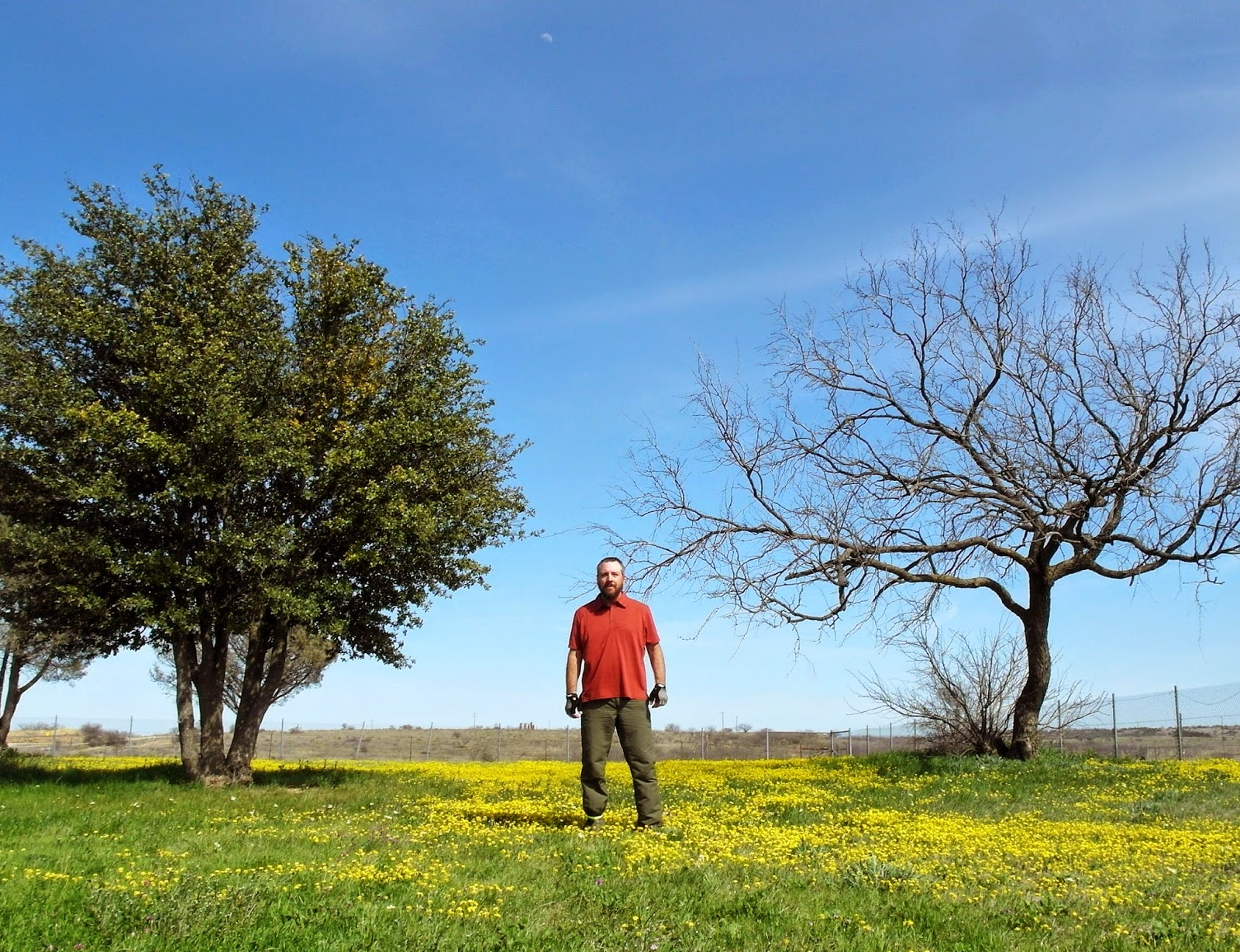 30 miles from Anson to Roby, Texas

I felt like I was getting the hang of things. I was packed up and headed down the road just after 7:00 am. Right from the start my legs felt dead and extremely sore. I figured the soreness would work itself out as the day wore on. About ten miles into my ride my saddle pain reappeared with a vengeance. A short time later the sun rose and the wind picked up. It started out as a moderate cross wind out of the south but soon turned into a fifteen to twenty-five mile per hour headwind. I was averaging five miles per hour and was having to stop every one to two miles to give my rear end a break. I ended up pushing my bike up a couple of hills to avoid the dreaded saddle pain and give my legs a break. It was obvious that I wasn’t going to make it to my next destination (Snyder, Texas) much less San Diego, California. I struggled into Roby and and found the only motel in town. I checked in, showered, and surveyed the damage to my undercarriage. My tour was done. Any attempt to continue would have been a struggle and that’s not what this tour was about, reaching my destination at all cost. I called my wife and made arrangements to have my son pick me up (luckily the end came in Roby, a three hour drive from Fort Worth as opposed to somewhere in New Mexico or Arizona). I had an excellent plate of enchiladas at Lupita’s Mexican Restaurant a block up the road from the Roby Motel. I went back to the room, layed my head down and had the best sleep I’ve had in many years. By the way, If you happen to ride through Roby I recommend the Roby Motel. It doesn’t look like much but it’s very clean and reasonably priced at $47 per night.


Beautiful start to my final day 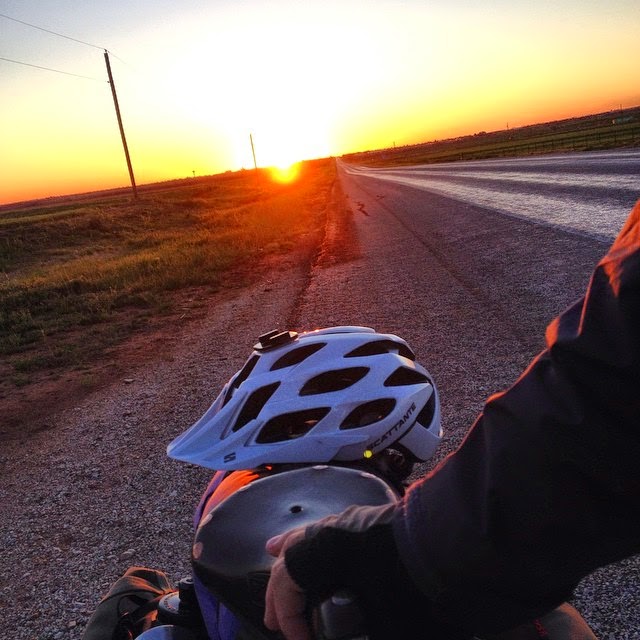 The wind was terrible out here! There's nothing to slow it down. 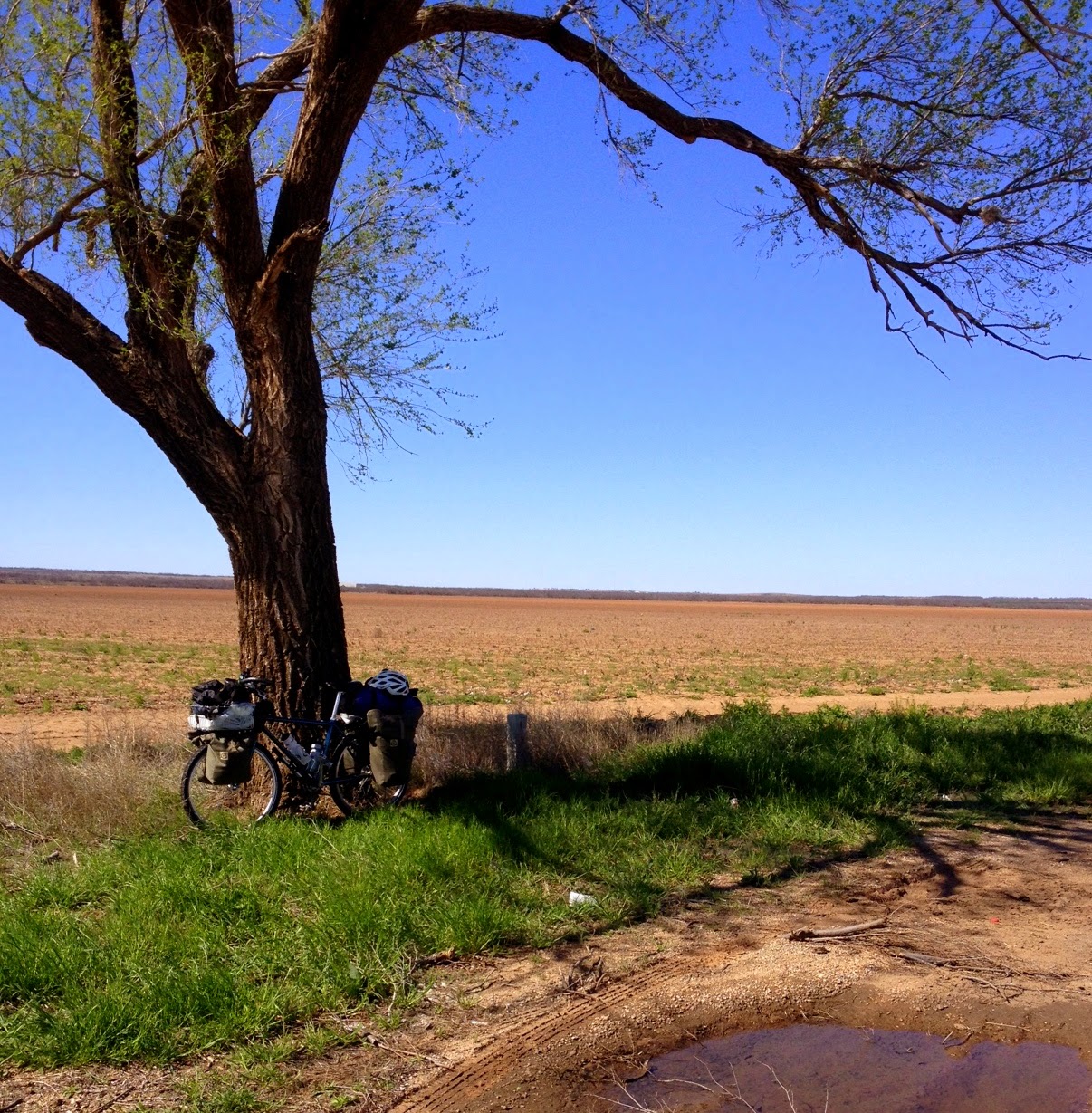 Well, that’s pretty much it. My first attempt at a multi-day tour. It didn’t end the way I had hoped but I gained a lot experience. Thanks for reading and thanks for the encouragement. 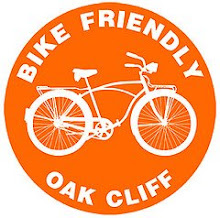 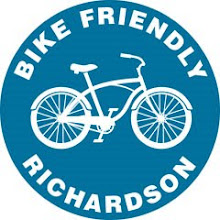